The Stonesoft FW-300 is a firewall appliance that was discontinued by Stonesoft, I found one as I was looking for an headless little PC to use it as home server. I did not jet deployed it in my home network as I left it on my office desk after I installed it.

To install it I just did the following:

The appliance did not boot the first time I tried. I rebooted entered BIOS setup and set it to boot for USB Floppy. 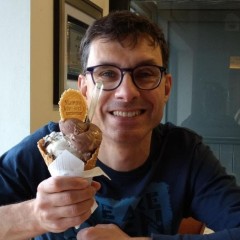 View all posts by sc
Skip back to main navigation

7 thoughts on “Howto install Debian on a Stonesoft FW-300”

This site uses Akismet to reduce spam. Learn how your comment data is processed.

By continuing to use the site, you agree to the use of cookies. more information